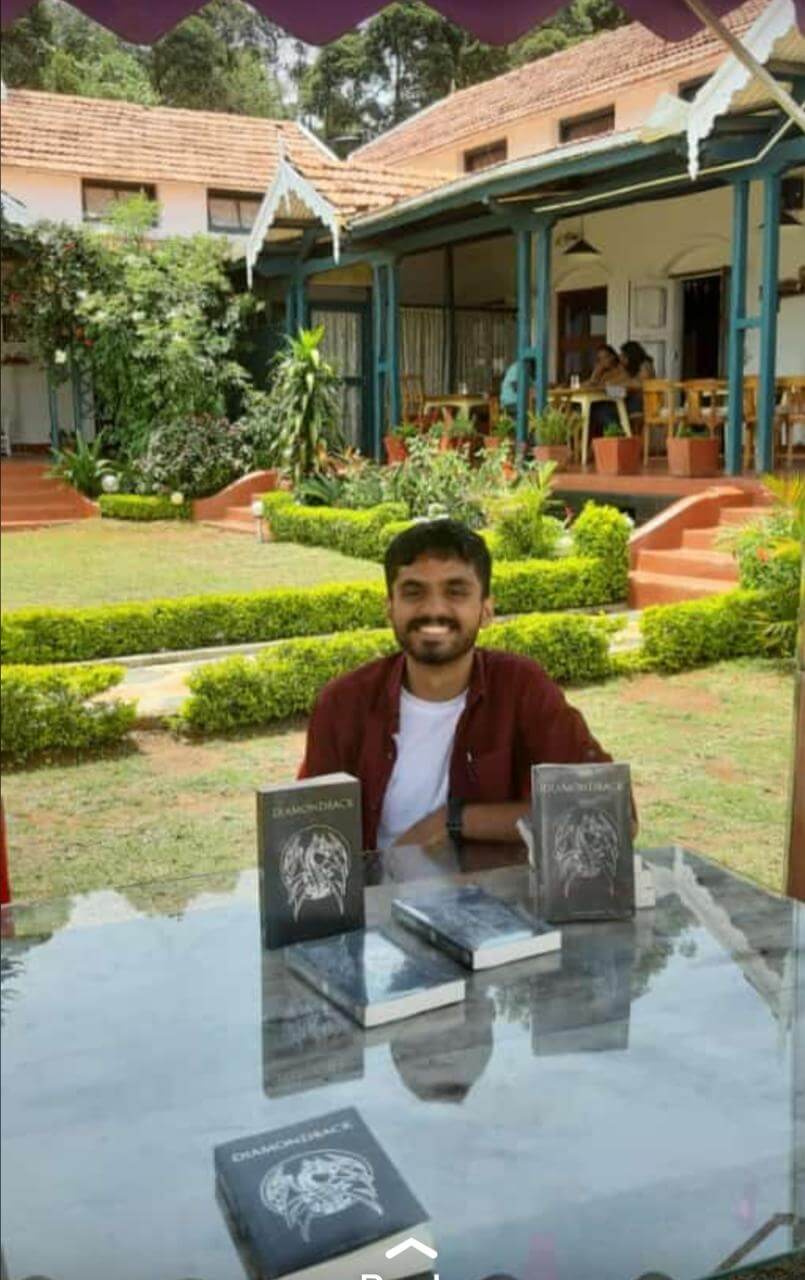 For most millenials, George Lucas’ Star Wars marked the beginning of their tryst with science fiction. So, it isn’t altogether surprising that 21-year-old Aaron George has felt its cascading effect growing up. Inspired by the cult series, the Coonoor-born writer decided to take up writing sci-fi and recently released his first novel Diamondback that had been in the making for years now. Following the life of its lead character Cat Lynn, the novel is a coming-of-age story that revolves around the existence of mythical creatures, including dragons and vampires that survive devoid of the use of magic and a conspiracy hatched by a secret organisation to take over the world. Excerpts:

Were you always inclined to choosing long story format of writing?

I have always loved reading, especially novels. For me, as a writer, the novel allowed me the space to craft and expand the world in which my characters live and I was naturally drawn to it.

Give us a quick tour of your book.

Diamondback is set in a fictionalised near-distant future, where mythical monsters are not only real but, actual flesh-and-blood animals that exist devoid of magic. This secret was kept by a shadowy millennia-old organisation known as the Wardens, who revealed themselves to the world in an attempt to maintain order. As the world adapts to the existence of monsters and everything appears to go back to normal, the lead character of Cat Lynn finds herself embroiled in a conspiracy to usurp the Wardens’ control and usher in a global empire ruled with an iron fist.

Take us through the behind the scenes and character development in Diamondback.

When it came to the writing, I started out with a mental roadmap of the progression of the story, consisting of the major plot points. The hard part was figuring out how to get from one plot point to the next. To craft the characters, I tried to write them using certain personality traits of fictional characters that I love and people I know in real life. It was a mix and match of their most interesting traits. Once I had a two-dimensional view of the character, I would try to get characters to interact with each other. I found that it worked best when I thought of them as real people attempting to get to know each other. It also helped that the novel is written from a first-person perspective. I liked to imagine that the protagonist was as clueless as I was.

You’re still pursuing your Masters in English Literature. What are you looking forward to next?

Telling more stories! I’m hoping that I have more than one good novel in me.